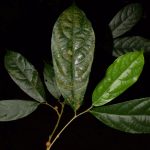 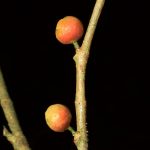 This should be Ficus heteropleura Blume.
Basal bracts not clear in photos, and leaves lack coarsely toothed margins above the middle which are present in F. subincisa.

This is definitely not F.heteropleurea. I have once confirmed it with the help of Sudhakar Ji. But I might have misplaced the name with F.subulata. But will confirm soon.
But it’s not F.heteropleurea, which have pubescent figs, and long caudate and coriaceous leaves.

Could you pl. confirm?