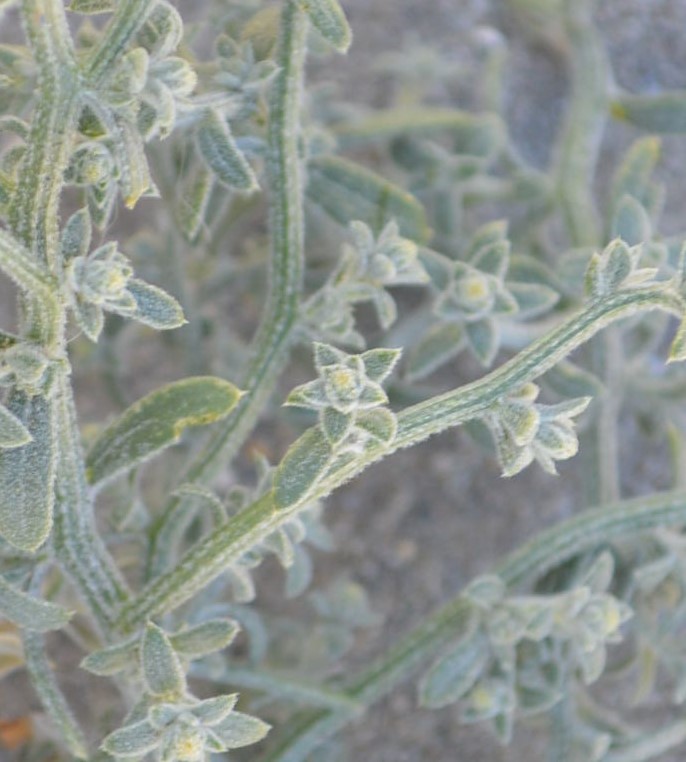 Can it be some ‎Salsola species of Amaranthaceae ?

My correct suggestion, which had ended up being included in the previous post, which has 3 (not 2) images, also from Sangam but clearly do not belong to Amaranthanceae (previously Chenopodiaceae).

Another one I am struggling – very speculatively Chenopodiaceae (as the family was)?

Perhaps even the Salsola (now Kali) I suggested for the other specimens from this location? Which is what … is also suggesting.

Did not find any match as suggested.

Does not match your guess with images at
apatita
josenaturaleza.blogspot

This species look like Mattiastrum thomsonii of Boragenaceae. But I am not sure this is also confusing with Mathiola flavida species of Brassicaceae.

It is Corispermum species. For the exact ID, the fruits are needed, but it seems to be C. tibeticum aggregate due to pilose stems and leaves. Hopefully it helps.