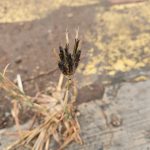 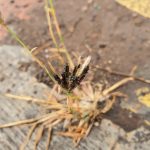 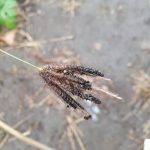 Chloris quinquisetica is easily identified by its 5-awned spikelets (quinque=5 setica – bristles) and will also have some white hairs on the keels of the lemmas.
This one does not have 5 awned spikelets, which is easily distinguishable.

It is Chloris bournei. Some authors have merged it with Chloris virgata and Chloris montana. Black colour is often seen in mature spikelets of several Chloris species. 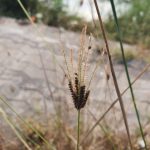 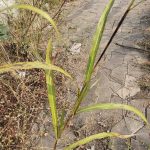 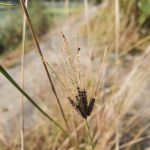 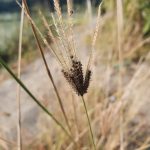 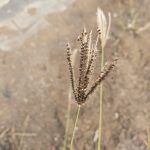 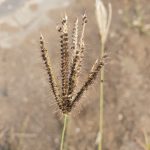 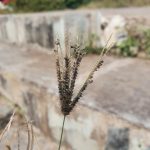 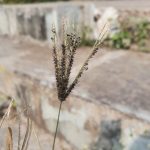 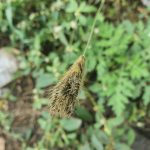 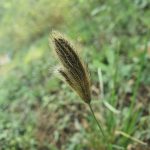 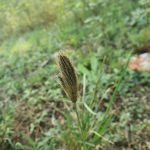 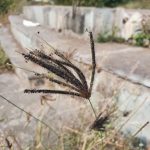 Chloris bournei : Poaceae : Nasik : 30DEC21 : AK – 29: 13 images.
This was seen again a few times in Nasik later after Manoj Ji had identified my earlier post.
Since I hardly find any images on Eflora, adding all my pictures.