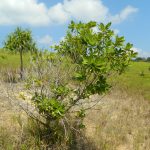 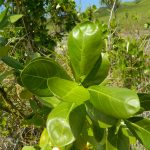 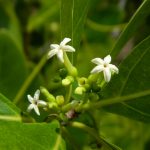 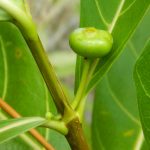 Flowers have a resemblance to Morinda flowers. But need to identify the species whether it is Morinda or closely related species or otherwise.

I guess it is close to Morinda citrifolia L. !

Well, my guess is Timonius finlaysonianus (Wall. ex G.Don) Hook.f.  or  Timonius jambosella Thwaites var. finlaysoniana (Wall. ex G.Don) King and Gamble, going on leaf and shape of calyx.
Please see https://onlinelibrary.wiley.com/doi/full/10.1111/njb.02730
Timonius finlaysonianus is supposed to be a widespread species. The genus Timonius “is considered as one of the highly diverse genera of Rubiaceae”
I have never seen this plant so your guess is as good as mine!

Does it have distribution in Andaman/Nicobar ??

I agree with … Though distribution is not shown, it is highly probable to be reported from there as per distribution in the map given in POWO.
It also appears close as per images at Phytoimages, onlinelibrary and Florafaunaweb
Leaf apex looks different from images and specimens at GBIF and POWO.