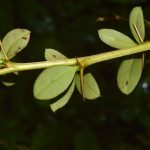 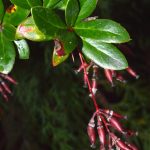 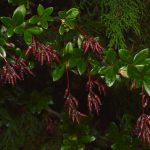 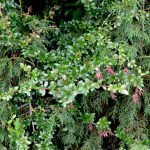 References: POWO  Catalogue of Life
Berberis karnaliensis Bh. Adhikari (Berberidaceae): a new addition to the Flora of India– Umeshkumar Tiwari, Gopal S. Rawat & Bhupendra S. Adhikari – December 2014 Biodiversity: Research and Conservation 34(1):7-10 (Abstract: Berberis karnaliensis bh. Adhikari, a recently described species was recorded for the first time from the indian territory. hence, it is being reported herewith as an addition to the Flora of india. The species differs from its closely related taxon viz. Berberis jaeschkeana Schneid. var. usteriana Schneid. in having coriaceous leaves and 5-6 primary veins on each side of the midrib. Detailed information on taxonomy, morphology, habitat, ecology and distribution of B. karnaliensis as well as photographs and illustrations are provided here for the species identification)