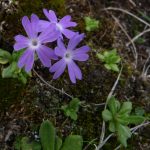 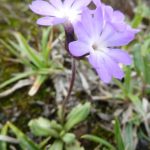 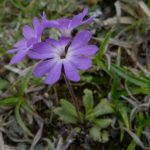 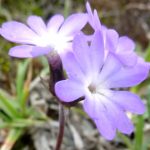 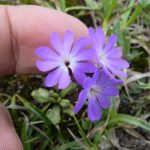 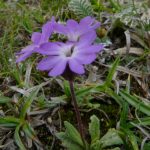 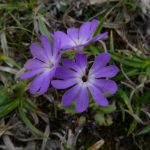 Primula from Arunchal Pradesh: 7 images.
This Primula species was found at Bum La Pass, Arunachal Pradesh, at an altitude of 4,600 m. I had earlier assumed it to be Primula primulina, but that doesn’t look like the right ID. Primula minutissima has also been suggested, but since there is a distinct flowering stem seen in the pictures, that doesn’t seem to be the right id either.
Any suggestions are welcome.

I am adding one more picture. I think the leaves seen in the other plants around it, may be the same species.

Thank you. I had not realised before that these pictures come from Arunachal Pradesh, so P. minutissima from extreme NW India, Baltistan etc is not possible. Unfortunately the leaves are not in focus. I suspect this may be P. walshii but I need to see scabridity. There is also the question whether flower colour is correctly reproduced. The flowers of P. walshii are pink. I think we cannot identify this plant without better pictures, my apologies.

Primula walshii is also a virtually stemless plant during flowering. This plant has a distinct flowering stem.

No it is not P. stenocalyx, a Chinese species I have seen in the wild and know well.