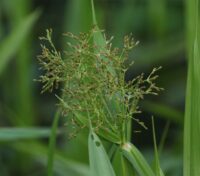 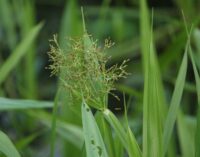 This does not appear to be cyperus. Maybe some other genus.

May be. Thank You Sir.

The Rhynchospora images in each of the above links looks different and hence is confusing.

However, it is not Actinoscirpus or any of the Scirpus/ Schoenoplectus group either as this group usually have more apparently lateral or deflected inflorescences while Rhynchospora, Fimbristylis, Cyperus, etc. have inflorescences that is purely terminal and upright. (Rhynchospora was also once placed under Scirpus corymbosus) In case of Rhynchospora, the spikelets proliferate after flowering, meaning, the spikelets keep growing and hence one can see various lengths of spikelets. There is also variation in the amount and position of male and female florets. That’s also the reason why the pictures look different. Also, this species has invaded several wetlands across Asia and has numerous variations.
Yet, I would suggest to get it verified from an expert on Cyperaceae.

A feedback from another post:
Could this be Scirpus sylvaticus the wood clubrush, the pictures are similar.
I am no Cyperus expert, just that the Genus has many Aquatic Cyperus, some of which are even sold in Aquarium trade Cyperus helferi, (seems to be a new craze in Mumbai Aquarium shops) and many like Scirpus mucronatus, use knife like Leaves to puncture water lilies, Schonoplectella articulata are ghost like and  strange.