I think flowers and leaves of different species are mixed up

I am uploading another picture. It seems that the flower is on the same plant.
Can it be another species of Astragalus or some different species.
Can this plant be Lathyrus laevigatus
Family: Leguminosae
Kindly have look on below links
http://eol.org/pages/418455/overview
Can this plant be Lathyrus laevigatus
http://www.sciencephoto.com/media/52609/enlarge
I think you are right now.
I am very happy that you are getting identifications fast now. 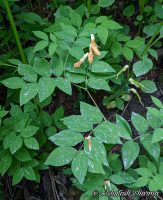 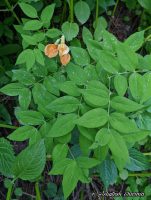 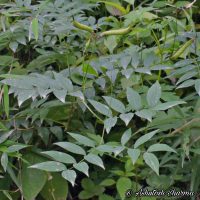 A different Lathyrus. I saw it at an elevation of about 2700m in Tehri district while going to Panwali Kantha alpine zone. It was almost 30 years back. Nice to see it again.