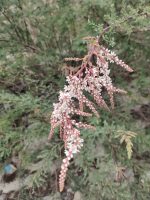 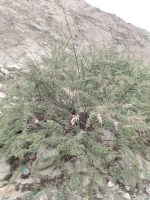 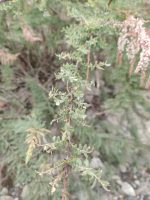 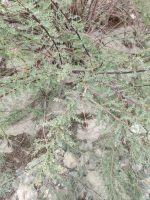 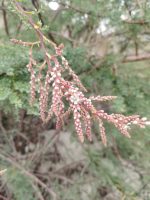 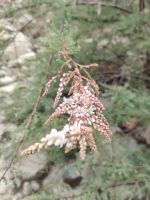 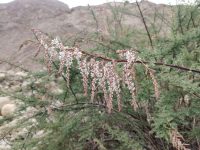 Myrtama elegans: 8 images.
Attaching images from alongside the river Syok, in Syok valley while on way from Nubra valley to Pangong Tso, on 17.6.22, in Ladakh. 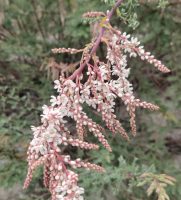 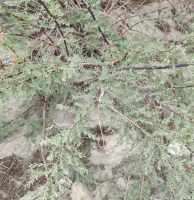 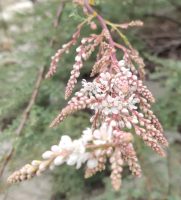 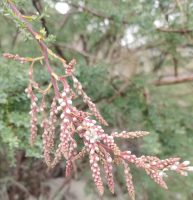 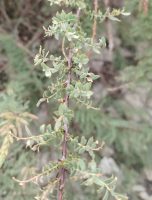 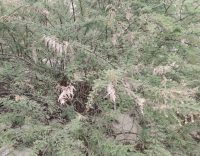 That is how they look from the vehicle.
2 images. 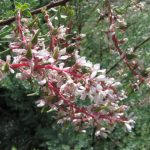 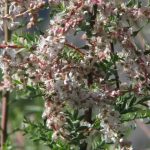 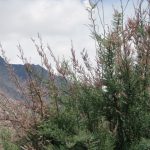 Flora of China again in 2007 hs brought it back as Myricaria elegans and the same is followed by Tropicos and Kew Plant List.

Commonly known as Oumbu in Ladakhi language
A very Common species and characteristic of riveraine vegetation
Crushed aerial parts are used as poltice on joints to relieve pain and oedema (Aamchi System of Medicines).

Aamchi System of Medicines…is this book?
if yes… coul you give me complete citation including ISBN.

No, .. its not a book but Aamchis are local vaidya/healers in Ladakh and they are well versed with herbs and practice age old Tibetan system

This and other posts on the page need to go under  Myrtama elegans (Royle) Ovcz. & Kinzikaeva
Distributed as Myricaria elegans
Both POWO and  Catalogue of Life treat it under Myrtama 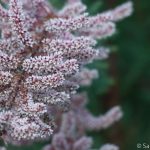 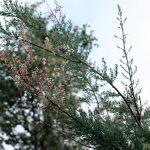 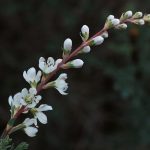 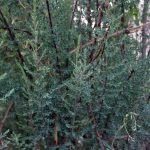 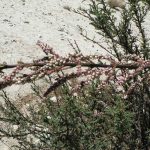 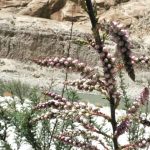 ID Request 3 – 4Jul09-SJ (Ladakh series) : 10 posts by 4 authors. Attachments (3)
resuming my Ladakh series, here are images of a shrub which were ubiquitous but in varying degrees of flourescence in different parts of Ladakh. They grew largely by streams.
Would much appreciate help with ID of this pink beauty.

Guess this is Tamarix ramosissima.

thank you very much for the ID. I will share it with my siblings, my travel-mates who were also wowed by these blossoms.

I found one of the synonyms on ibiblio to be Tamarix germanica. I am enclosing another photo (though hazy) which I have already labelled as per Swapna’s ID – in case it helps establish the correct ID.
Attachments (1)

Reply from another thread:

There is an entry in eFI currently under this name, see: https://groups.google.com/forum/#!topic/indiantreepix/5efgDP3BVGg
There was uncertainty at the time. Looks more like a Myricaria than a Tamarix to me; will take another look some time – adding to my ever-increasing list of genera/ postings to check further.

I consider these images (albeit 2 are only in bud) to be of Myricaria elegans– which has a photo in the Supplement to Flowers of the Himalaya.

The two images of the FOI site look correctly identified to me.

Stewart recorded this to 3300m being common in Kashmir on islands and sand banks of streams; Koelz collection 2589 below Leh was named as this.

Tamarix ramosissima Ledeb. – Stewart only recorded this from Baluchistan!
Flowers of the Himalaya, on the other hand, record:
Myricaria elegans as common on stony slopes in Ladakh @ 2700-4000m
Myricaria squamosa Desv. as common and gregarious in Ladakh & Lahul, riversides @ 2400-4000m
The authors have M.germanica as common & gregarious in Kashmir by Sind & Lidder rivers @ 1500-2100m.
Apparently, the leaves of M.germanica & M.squamosa are 3-5mm; those of M.elegans 6mm or more.
I see that ‘The Plant List’ has M.germanica var. squamosa as a synonym of M.germanica.
.