Beautiful Flowers and fruit too.
The flowers suddenly to look at appear to belong to Annonaceae. Do you have any front view of open flower to see the Malvaceae characters?

For showing a sterculia from Assam. Not observed in Maharashtra or may be in other parts of the country too. The pods though are somewhat close to S. villosa 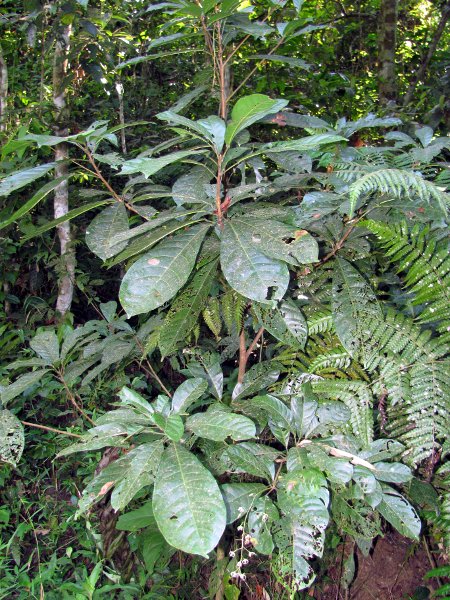 TQ-Jis2: This amazing looking plant was photographed from
Gibbon wildlife sanctuary, Jorhat, Assam.
The leaves appear to be whorled.
Any identification clues?

From this drawing: it does look like Sterculia nobilis

I am still not sure but the plant looks very close to S. hamiltonii too. Unfortunately I could not find any authentic literature for S. hamiltonii on net.
Few days back, … had uploaded a few photos of S. hamiltonii on eflora.
May I request … to pl check the following link before finalizing the ID

Thank you … for being persistent in bringing it up again. There seems to be some confusion in the names Sterculia hamiltonii and Sterculia coccinea – GRIN considers them synonyms of each other, but theplantlist considers the status of these names as unresolved.
Nevertheless pictures of Sterculia coccinea flowers on the web agree with the flowers seen here:
Nature loves you
So, one has to give a more careful look.

Is it some Sterculia ??

Yes Sterculia from me too.

It is Sterculia hamiltonii
Here is the small tree like Shrub of this red fruits. The inflorescence is long with whitish flower hanging to ground approach.

Attaching an image of a road side plant at CoochBehar. Can it be Sterculia purviflora ?

Thanks, …, for the id.
Yes, it appears close to images and details at Sterculia hamiltonii
Looks different from Sterculia parviflora Roxb. as per
POWO
http://tropical.theferns.info/image.php?id=Sterculia+parviflora
https://www.nparks.gov.sg/florafaunaweb/flora/3/1/3141
. 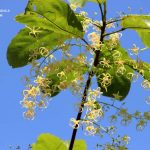 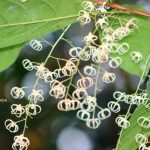 The diagram and description of the plant matches with the image I uploaded earlier.

There is some mixup. The plant is Sterculia hamiltonii (as suggested by …)

Sorry for the mix up. 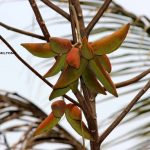 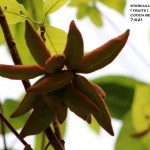 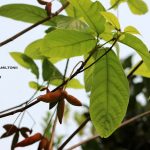 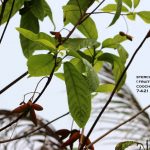 STERCULIA HAMILTONII{ FRUITS ): 4 images.
Attaching few images of fruits of Sterculia hamiltonii.
I have uploaded images of flowers of this plant in October last year. 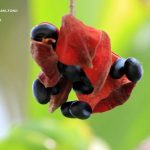 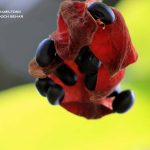 A collage of Sterculia hamiltonii and Sterculia villosa seed pods is attached..