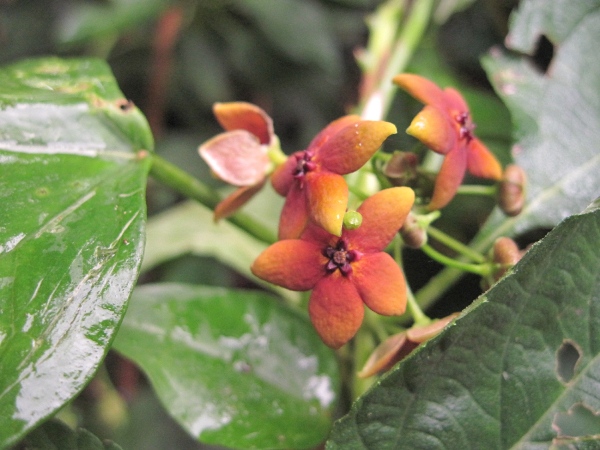 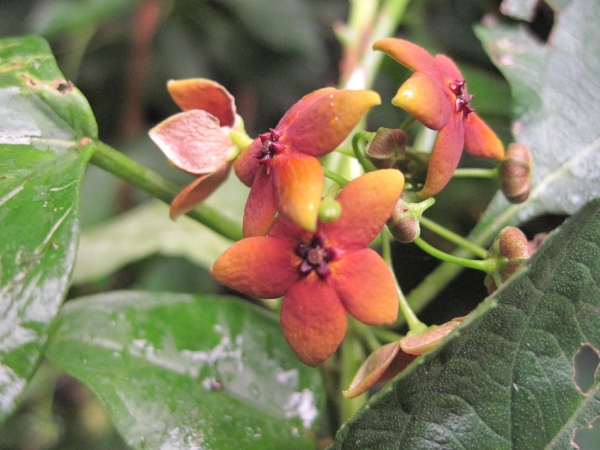 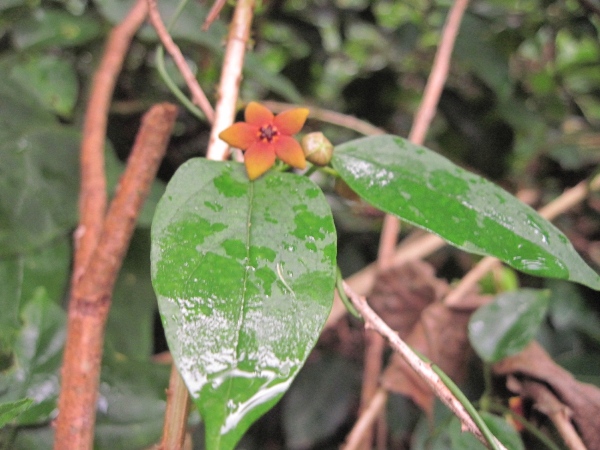 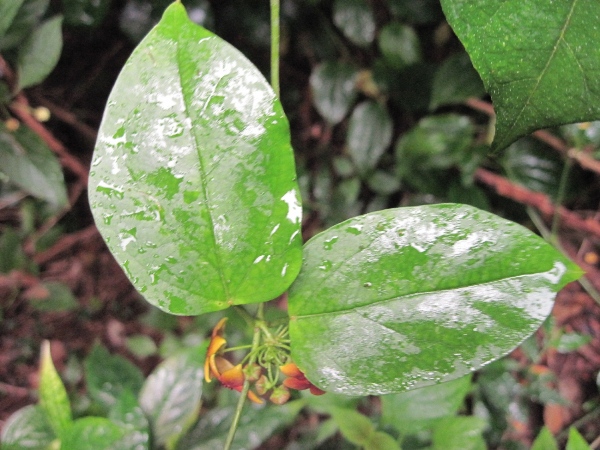 Very beautiful Asclep. Thanks for sharing the photo. Check for other Tylophora species in TN region. A wild guess, I think it must be Tylophora dalzellii.

For T. dalzellii, the flowers would have been just 5 mm and on long slender pedicels. Here the flowers are said to be 1.5 cm. This should be T. indica (syn T. asthamatica).

… are right. I only made a wild guess that it might be T. dalzelli
…: did you check for other Tylphora species in TN / S. india.
I am attaching the photo of T. indica (syn. T. asthmatica). The petals and corona are whitish whereas in your species the petals are orange and the corona is purplish brown. Could it be an interesting hybrid ? Attachments (2)

Swarupanandan et al., (1989) reduced Oianthus as synonymous to
Heterostemma. Maybe you are right about this plant being Heterostemma. Which species ?

Corolla valvate, corona lobes spreading away from the staminal column is Heterostemma. I agree with … It seems to be H. dalzelli
that shows a lot of variations in colour.

You are absolutely right, I have that paper. If you study this genus you will realise that there is tremendous variation in color, form and texture of the corolla. Even the corona shows a lot of variation. The species delimitation is also very unclear. So I wont be able to say more unless I get the specimen in hand. But I somehow very strongly feel its Heterostemma.

I think it looks close to Heterostemma tanjorense, only species reported from Tamilnadu as per details at Heterostemma, as per images at POWO. 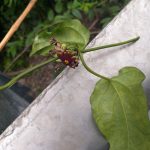