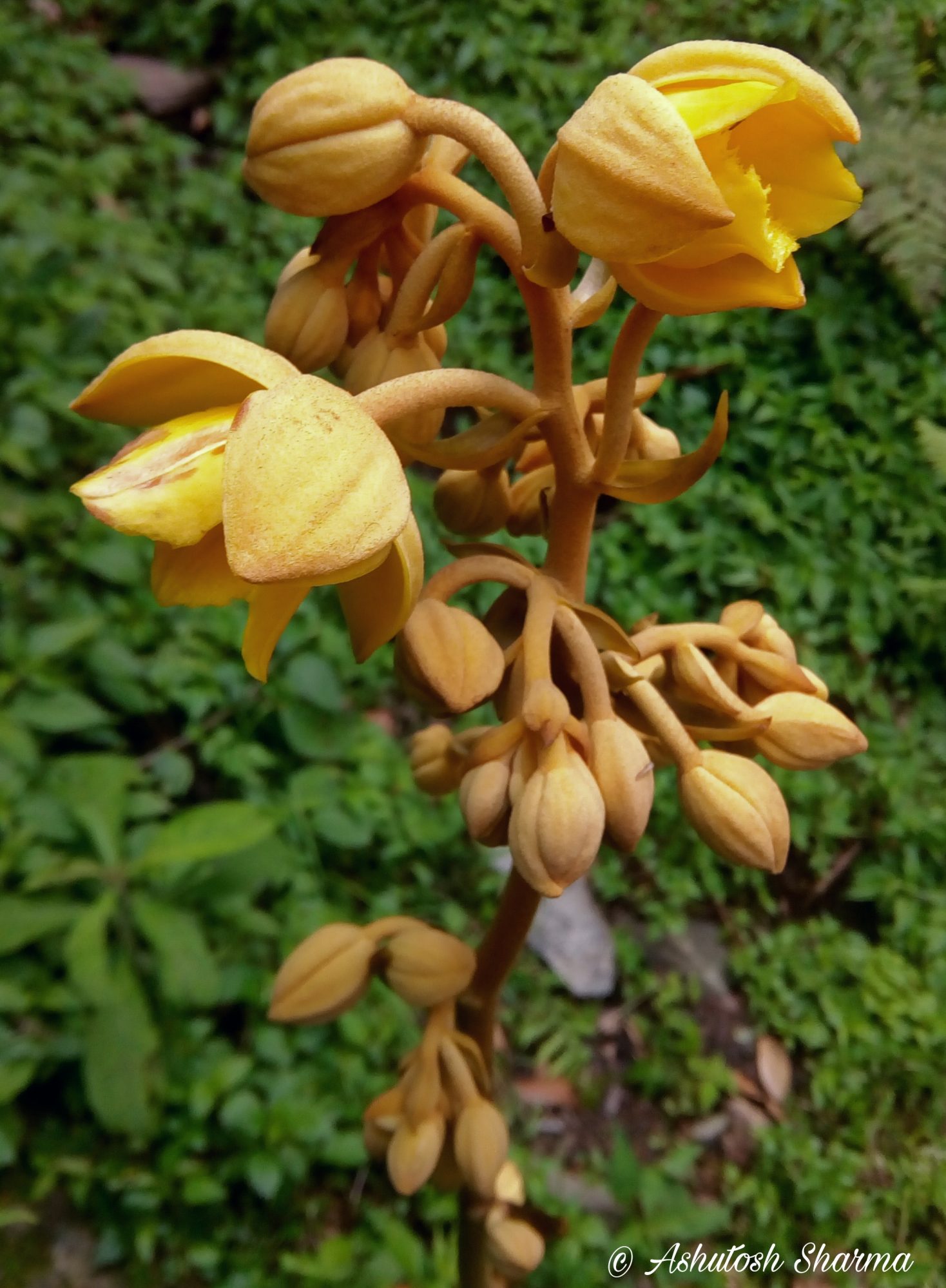 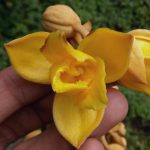 Ashutosh Sharma: Best Flora Photograph to celebrate 15 years of completion of efloraofindia on 17.06.22:
It was the 3rd of July in 2017, when on a hot and humid day, I had embarked on a journey to a place I had previously visited only once, in the hope to find some orchids.

Around that time, I was a first year student doing BSc. Hons. in Forestry, who was on his semester break. Though I was a curious student, I had very little to no knowledge about orchids and definitely no prior field experience of finding orchids in the wild. Despite this, I had a newly developed passion for finding orchids in their natural habitat, which would be difficult to reason out why. So simply put, I was out there out of my mere obsession to find an orchid.
The only orchid I had seen before this encounter was that of the much common Rhynchostylis retusa (a epiphytic orchid) that was brought to me by my father, making me clueless about the habitat of a terrestrial orchid. The little knowledge I had about orchids was based on the few online images and videos of orchid hunting that I had watched.
As I live in a broad valley in Kullu district of Himachal Pradesh, an area that is surrounded by big mountains in every direction with small narrow valleys in between having lush green temperate forests, I already had some intuition of finding orchids in one such undisturbed serene forest. So, I immediately dialled up a friend of mine asking him to spare some time of his to accompany me and more importantly take me on his scooty to the place which was about 15 Km from our village. In spite of having a busy schedule, he managed to make it on time. At 11AM on that particular day, the two of us started our journey in the hope to find a orchid we started getting plenty of Balsams, Rananculus and many other species which were very new to me those days. In a span of two hours, we stepped our feet on top of a hill which was about 2400 metres in elevation. I was quite happy because I found several plants new to me, but certainly was not satisfied because what I was out on a hunt for was an Orchid!. Before I start exploring further deep in the jungle, my friend got a call from his father asking him to come home early, forcing me to blurt out the words “haan chalo chalte hain” (yeah let’s go back), with a heavy heart and an obvious fake smile.
We started our return journey and to save us some fuel, we lowered our pace on the neutral scooty, enjoying the view. The next thing I know, my eyes have struck hold of something unusual on the right side of the road that took us downhill. I patted my friend, motioning him to stop the scooty, but before he could bring the scooty to a halt, I had already taken a leap off the vehicle, exclaiming “I finally found an Orchid”. When I got closer to the two plants growing together, I found them to be very strange as not a single leaf was visibile to my eyes. All that I could see was a dark yellowish-brown colored tall erect scape with several flower buds and couple of mature flowers. After taking a few images using my simple android phone (Gionee M5 lite), we started our return journey with my mind etched on the orchid, thinking which orchid could it turn out to be. I had literally no idea about which orchid it could be. Infact, I still don’t have any answer as to how I was able to confidently call it an Orchid (as I didn’t find any peculiar labellum/lip to conclude it like most epiphytic orchids have and had almost no knowledge about orchids). As soon as i reached home, the first thing I did was look up papers as I couldn’t resist my urge to get it’s name. With me, I had a paper titled “An annotated checklist of the Orchids of Western Himalaya, India” with several photographs where I tried to check for possible matches, only to find that there is no image matching with the one I had clicked. So the next thing I did was to make some wild guesses, while scrolling through tens of pages long paper having some two hundred thirty nine species names, making it obvious that the probability of getting the correct match was absolutely negligible. But to my (everybodys’) surprise, my second guess Galeola lindleyana took me a little closer to identifying the orchid’s name. After looking up its images, I was very much sure that it’s in the Galeola genus (a rare mycoheterotrophic orchid) which has only two known species from the Western Himalaya. Only later did I get its species confirmed as Galeola falconeri Hook.f. by our group orchid expert Dr. Pankaj sir…
And after two years, in 2019, when I went back to the same place to see this orchid again, I was surprised to see that the entire locality was badly devastated in a road widening operation. In front of my eyes, I could see a big JCB working bringing down trees, making me feel sad and helpless at the same time. However there was some hope in me, telling me that some of its individuals must be thriving in the nearby deep forest. And finaly, only this last week (May 2022) after extensive field work in the same area, I found five plants of this really very rare orchid species (yet to flower) growing in much safer locality, very deep in the forest away from the public eye.

And now when I look back at those days, I wonder how and when this obsession of finding Orchids out of mere curiosity turned into a never-ending true love for Orchids. This better remain a mystery!

Wah, What details.
Yes, it is the same for so many of us.

Published on
https://efloraofindia.com/2022/06/06/ashutosh-sharma-best-flora-photograph-to-celebrate-15-years-of-completion-of-efloraofindia-on-17-6-22/
Posted it in the efloraofindia Facebook page.
Pl. give it wide publicity in Social media, by posting it in your profile/ groups/ Instagram etc.