I think yes as per images and discussions at Polygonatum verticillatum (L.) All.

For now, P. verticillatum is the only name that applies, but I really think P. leptophyllum is a better fit for this non-cirrhose plants with narrow leaves.

Thanks dear …, yes it matches P. leptophyllum because of its very narrow leaves.
Convallariaceae (asianflora.com)
All recent databases treat it as a synonym of P. verticillatum 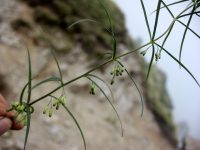 I think it may be the same as at Polygonatum verticillatum for validation from Uttarakhand-GS26062022-6, with views from Dr. Floden as below:
“For now, P. verticillatum is the only name that applies, but I really think P. leptophyllum is a better fit for this non-cirrhose plants with narrow leaves.” 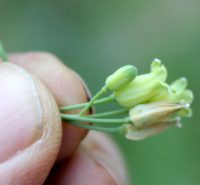 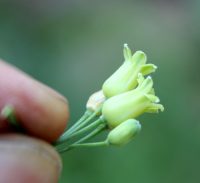 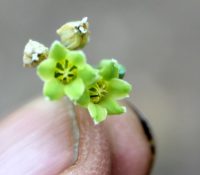 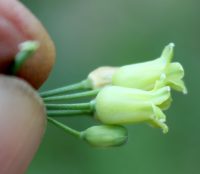 Probably so. It would be the best name that matches this morphology.

But … all three major databases POWO, WFO, COL treat it as a synonym of P. verticillatum, as reported in my post above.

An accepted species may have numerous synonyms, differing in minor details, but we have to follow what established databases conclude, I would prefer us following POWO, but in this case all three major databases have the same opinion.

Waiting for the revision of the genus Polygonatum, especially in Indian context by Dr. Afloden in near future, so that we will be in a better position to sort our specimens.

There needs to be an international effort, especially within the Himalaya and eastward into China. My sampling was limited to plants exported years ago and cultivated in the UK. I think in the western Himalaya that there are at least three species under the name P. verticillatum and possibly more. Under P. cirrhifolium there are probably also 3 distinct species with the true plant only being found in the more arid regions of the northwest.