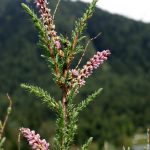 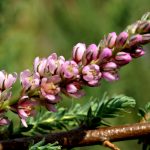 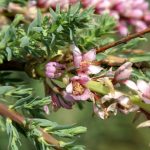 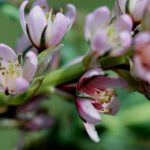 May I request you to pl. confirm this as Myricaria bracteata or otherwise pl.

Yes, this is Myricaria bracteata (the name Myricaria germanica is preferred, I think).

They are all the same, as per my thinking. 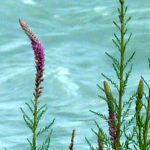 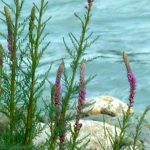 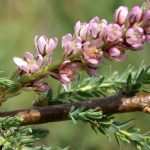 Myricaria bracteata Royle
Syn: M. germanica subsp. alopecuroides (Schrenk) Kitam.
The species is characterised by its typically terminal racemes as opposed to M. elegans having shorter lateral racemes.
Clicked from banks of Sindh nullah in Pahalgam, Kashmir, 23-6-2011.
If this is indeed M. bracteata, then our images under Myricaria germanica subsp. alopecuroides will really need rechecking.
I feel it may be Myricaria davurica (Willd.) Ehrenb. as per GBIF rather than Myricaria bracteata Royle as per GBIF.
Pl. see
https://api.gbif.org/v1/image/F0.jpg%3Foriginal
https://www.gbif.org/occurrence/1697811157
Racemes are mostly lateral and only 4-7 cm long, here they are terminal and much longer
You may check M. bracteata images on GBIF only
https://www.gbif.org/species/3612947

Key in eFlora of Pakistan

Original illustration of Royle
Right one, left is Lythrum
http://www.plantillustrations.org/size=0&uhd=0

Today morning I wrote this mail to … for his opinion. I find that we have not been able to sort out our images of Myricaria and Tamarix connvinsibly.

Thanks for bringing this up – always nice to recheck identifications. Your “Myricaria elegans” from Pahalgam should be something else, and not Myricaria elegans, in my opinion. In Myricaria elegans flowers petals are 5-6 mm long, whereas sepals are very small in comparison, only 1-2 mm long. In the flowers in your pictures, the sepals look almost comparable to the petals in length. I am attaching a closeup of the flowers of the plant which is on FOI as Myricaria elegans.
Also attaching closeup of flowers of  Myricaria bracteata on FOI. Notice the sepals – seems to agree well with the drawing you attached.  Would have liked to compare the stamens, but the flowers are not fully open.
Can’t comment on other things as yet.

Enclosing images of 2 sp from Flora of Ladakh for ref:

After going through all the discussions and attachments here as well as from eFloras, I feel your plant from ‘Myricaria elegans from Pahalgam’ may be Myricaria bracteata only. Flora of China says ‘Sepals lanceolate, oblong, or narrowly elliptic, ca. 4 × 1-2 mm, margin broadly membranous, apex obtuse or acute, often incurved’. On close scrutiny of your sepals, these may be something like 4 mm by 1 mm. You may check these again with original enlarged images.

Thanks a lot … for your valuable comments.
Hope things are resolved soon.

They are all the same, as per my thinking.

I have stated that much before Miroslav ji’s reply.