This is the description as provided for Randia fasciculata in King & Gamble, J. As. Soc. Beng. 72 (1903) 211.
It is an armed shrub, rough from small tubercles, minutely pubescent, young branches are thicker than a crow’s quill. Leaves are membranous, ovate or oblong-lancceolate or lanceolate, rounded or cuneate at the base, shortly acuminate (mostly blunt), both the surfaces are olive-green in color, usually glabrous upper side, lower-side is paler, minutely pubescent on the midrib usually and nerves only but sometimes the in-between spaces are also pubescent. The main nerves are four-six pairs, slightly curved, distinct on the lower surface, ascending, almost obsolete on the upper part, breadth five to 15in., petioles pubescent. Stipules are much acuminate, broadly triangular and almost as long as the petioles, straight, spines are axillary, ascending, slightly longer than the petioles or sometimes absent. Flowers are 1’5 to 2 in., axillary, long in size (under 1 in var. parviflora) in fasciles or solitary, bracteoles are lanceolate, hairy and acuminate. The calyx is 35in. in length. The tubes is villous, the mouth is with five narrow subulate teeth which are as long as the tube. The corolla is salver-shaped with the tube being nearly 1in. in length and ~5in. in diameter, smooth on the outside, hairy on the inside. Limb is nearly an inch across with five deep elliptic to oblong-elliptic, obtuse to sub-acute lobes. Anthers are half-exerted on the throat, not apiculate, linear, three inches in length. Style is slender, stigma is exerted and with two short broad ovate blunt lobes. Fruit is pisiform, four-seeded, two-celled, sparsely hairy and crowned by the long-toothed tube of the calyx.
(Attributions- Compiled from secondary sources listed in references by Keerthi Krutha for the Assam Biodiversity Portal Project as per India Biodiversity Portal)
. 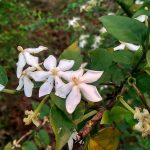 Location: Pokhara, Nepal
Altitude: 850 m
Clicked on: 5th April 2021
On the edge of the forest, Shrub and has thorns

Not jasmine. Check for Brunfelsia species ???

The picture above is not similar to the comparative images of Brunfelsia at efloraofindia.

Can we check with Catunaregam spinosa?

I see what you mean …, but the corolla tube here seems much longer.

Perhaps some other Randia Species.

Thanks, …, for the initial clues.

To me appears close to Randia fasciculata (Roxb.) DC. (from the checklist of Nepal) as per GBIF– specimen from Nepal.
Looks different from other species as per GBIF specimens:
Randia sikkimensis Hook. f.
Randia wallichii Hook. f.

Looks close to Benkara fasciculata (Roxb.) Ridsdale ! Does it have spines ?

Yes, it does seem to be Benkara fasciculata. (with a long list of synonyms) 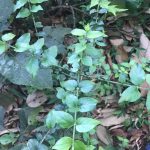 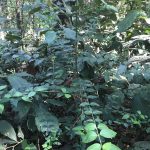 Here are the additional photos of this species.
2 images. 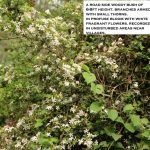 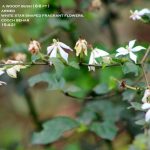 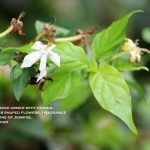 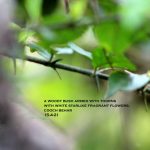 IDENTITY : 51: 4 images.
Attaching a few images of a woody bush in profuse bloom. The bush is armed. Flowers are white and fragrant.

Benkara fasciculata (Roxb.) Ridsdale as per discussions at Help for identification

Is it not Tamilnadia uliginosa?

Thanks … I am agree with you. It is a spiny shrubs with scented flower and round fruit. R. spinosa could be occur where I found it 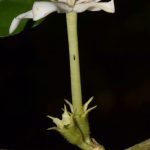 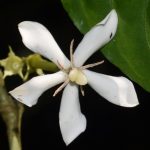