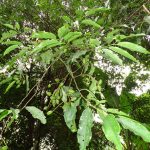 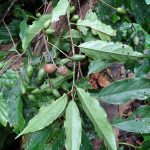 This is Cryptocarya of Lauraceae. A number of new species (3-4) were described by Gangopadhyay in 2006 and it seems one of them.

If Cryptocarya, then it may be a new record also. Please try to collect specimens.

Any chances of it being some Sarcosperma species?

What are the species of Cryptocarya reported in your book? 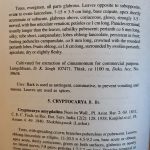 Only Cryptocary amygdalina is reported in Mizoram as per my book.

I checked all the species listed in the checklist of BSI Flora of India, with distribution in the North East.