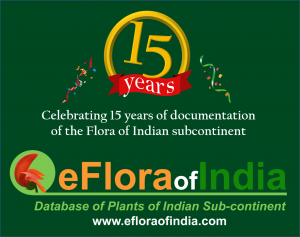 Today, we are the best resource available on India Flora on the net. But how come we reached here, where no one has even thought of. I think the answer lies in what we are. We are a team, bound by passion and not by anything else. We as individuals may look scattered in every respect, but when we come together, we fit in all the pieces of a Jigsaw puzzle to give an answer. Our precious resource is the images, which are shared by our own members going into every nook and corner of India and properly identified by our team and given the final shape at our website.

How it all was started? It was not a premeditated thought. Having been inspired by reading a book ‘A monk who sold his Ferrari’ (What ultimately matters is what you do for others rather than to yourself and your family), one of our members wanted to help others, in identification of trees we see around ourselves. So started a new Google group ‘Indiantreepix’ to identify trees (later renamed as efloraofindia, to cover all sorts on Flora) for this purpose on 17.6.2007. This motivation to help others without looking for any rewards is still our motto, to carry on with the good work.

From merely from just discussions in initial years, we moved on to compiling this discussed data systematically in Excel sheet (along with allowing discussions on all forms of plants, Ferns, Fungi etc.) and sharing it. Few more years down the line, we decided to transfer this data on a newly created efloraofindia Google site. When Google decided to no longer support Classic Google sites, we quickly moved on to our new site efloraofindia Word Press site.

On date we have a collection of more than 4,00,000 images of more than 14,000 species, most of which are directly displayed as thumbnails at various pages of our website, with multiple observations showing all aspects of a plant in different conditions, seasons and parts of the country. This makes plant details at our site so interesting. It is not a static site, but a dynamic one, where data is constantly updated and refined for around 6 hours almost every day. 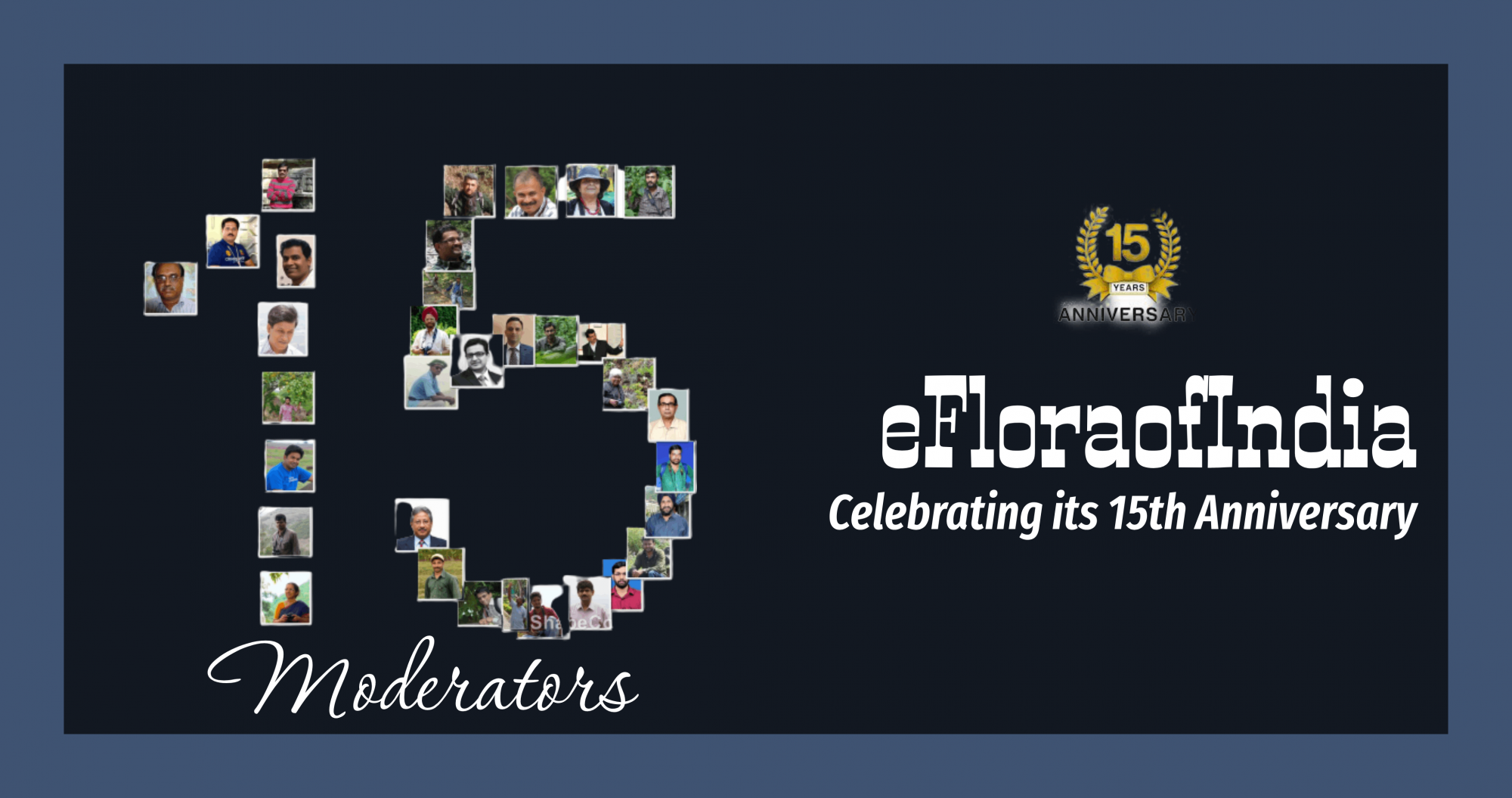 A core team of moderators was formed early, to decide the future course of actions and keep ourselves motivated. New blood kept coming based on their contributions and passion for plants. External Experts help was taken and mostly forthcoming, where ever required. Numerous challenges faced during this journey were successfully tackled.

Knowledge increases when you start sharing. Although not everyone helped initially but when some members started, others kept joining in. For many it’s a platform to get to know about known or new plants and their distribution ranges. Members get to see things which they have never seen or heard before. It further helps them in their expertise, while helping everybody simultaneously. We are always trying to bond/ knit the Experts not only from India, but from outside also (those who are working on Indian Flora) with ourselves and bringing them closer to the laymen.

Members individually or in groups take exploratory trips/ treks in different time periods and in different areas of the country and post their detailed plant images before or after identifications. It is a continuous exercise and results are there for everyone to see on our site. Members roam in forests and inaccessible areas for their observations, which even have different risks to their lives.

Few of our members have presented eFloraofIndia of India, in different taxonomic conferences, to give it a much wider publicity. eFloraofIndia is now widely accepted as a number one resource on Indian Flora not only by a layman, but also by taxonomic Experts. It is recognised as such not only in India but also in the world outside. 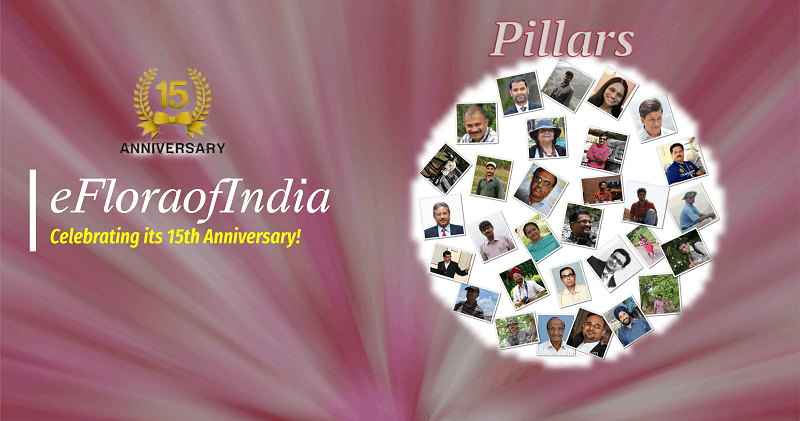 Passionate efforts by its members are always given due credits and recognition and their work is constantly appreciated and published on our site. 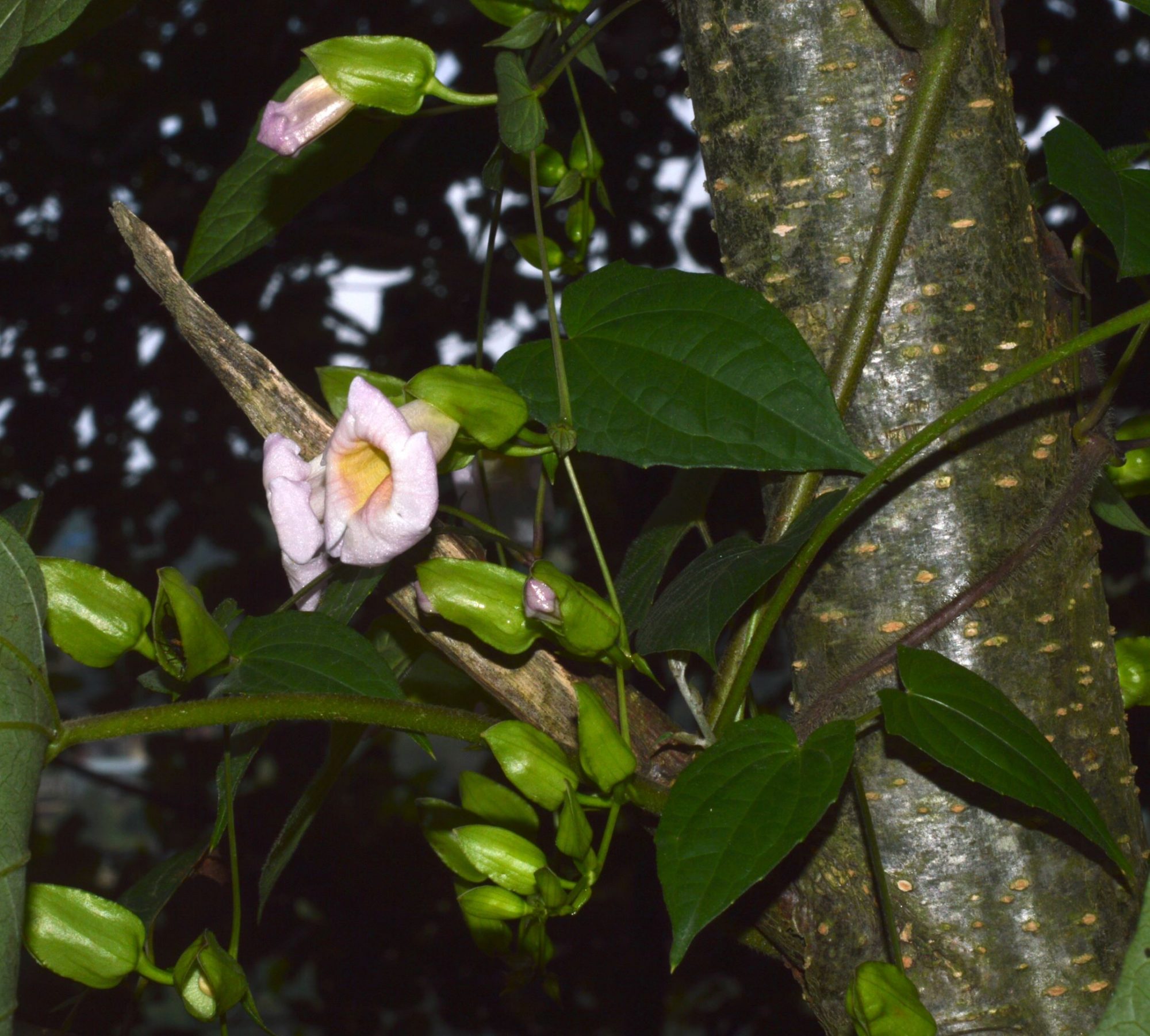 Also many new species have been published much after these were posted by our members from the field. The same is applicable to discovery of many new plants after a gap of decades and new records from different areas in India.

We are unique. We are different. The way we present our data is totally different from anything one sees anywhere. We put the whole process of identification on site not only for ourselves, but also for others to understand. We use text colours, to give easy access to the desired data on a page (never seen it being used by anyone). While any Tom, Dick and Harry carries advertisements on their site, we always keep these away to give best user satisfaction. We have moved on to ‘Photographic keys’ from earlier followed ‘Textual keys’ in the form of comparative images on our genera (e.g. Delphinium) and family pages (e.g. Ranunculaceae) (which we hardly find anywhere else in the world), which had made the process of identification simpler not only for a layman, but also for Experts. We are offering a modern way of looking at our plants in the form of images with all their vibrant colours and hues, compared to the traditional methods of preserved specimens kept in herbariums.

However, many challenges will remain, which we have always overcome to move forward. As we see today, main challenge remains to get willing cooperation of more and more Experts and to gel them well with us. Also more and more members are required to devote their life for it, as some of them have already done.

For us at eFloraofIndia, it is not a project for a year or so, but a continuous lifetime activity. Some of our members have dedicated their whole life for its building and improvement in different areas like photography, etymology, compiling names in local languages, coordination, site building etc. Results of which always show up on our site.

This group is not only to learn about plant life, but also about various aspects of life, whether personal or professional. This group is actually a family of people, many of which have never met in real life, yet know each other. It is neither merely a website, nor a platform; it is a way of living and meaning of life for many selfless servants of Indian Botany. 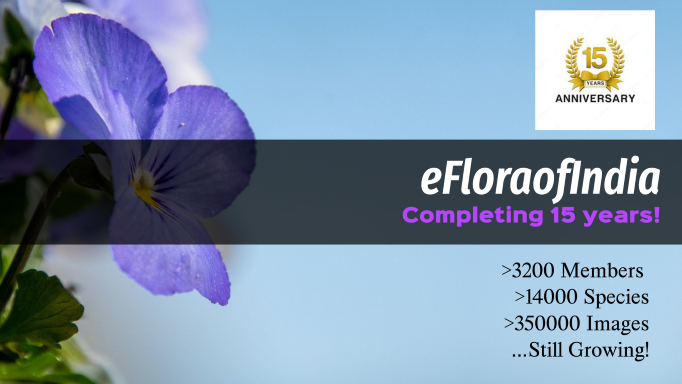 Hope we all, combined together by a thread of selfless service in eFloraofIndia, reach to the remotest and last species of India and showcase it here.

Moderators have always discussed and charted the future course. At initial stages, we always moaned about the lack of any sort of eFloraofIndia on the net. At that stage, we never thought that one day we ourselves will be moving in that direction and will be no. 1 resource. What will amaze everyone is that not a single penny has been collected from anybody in the last 15 years, in building this biggest citizen science effort. And not a single meeting was ever held, even online. It is one of the biggest citizen science efforts of its kind not only in India, but also in the world, where hardly any money is involved. It becomes all the more important in a developing country like India, where either enough efforts have not been made to bring the beauty of Indian Flora to the citizens of India or to project it on the world stage or they have not resulted into very fruitful results.

We have inspired many individuals and formal and informal organisations, to follow our selfless work and are hopeful will continue to do so in coming future.

If ever valued, it will be worth thousands of crores of rupees only in passionate efforts, time and energy put in by its members and National and International Experts. It is a good story of one of the greatest citizen science efforts in India, worth being taught in Schools of Managements.

Let us put the journey of eFloraofIndia in a phrase:
“An intermittent flow of thoughts moulded and carved into a gemstone, by a generation, for many generations, can be seen in eFloraofIndia”.

The whole journey can be well described in a few lines of a poem from A. Lalithamba ji:

The mighty river of EFI began like a tiny stream

In the sacred mind of Garg ji to realise the dream

Merged to add vigour and colour to the flow

Many a mighty and tiny flow began to join the row

Without any returns; lovers of plant world find

This fertile land to explore to tour to their choice

To rejoice, gain something with or without thanks

It is like sacred monument built with the souls

Of plant lovers scientists and students from hills

Of Himalayas to coast of Indian Ocean from western

Desert region to eastern fertile region of this land

Since the flow has completed 15 years of journey

Stored more than 14000 plant species in the crest

Without any selfish monetary transactions

The most pleasant thing is the purity of thought

Nobility in actions modesty in behaviour

Made it a holy place to roam to visit to enjoy!

It is Ever Flowing Independent Indian blood for good!